MediaStorm is an award-winning film production and interactive design studio whose work gives voice and meaning to the most pressing issues of our time. Our stories demystify complex problems, humanize statistics, and inspire audiences to take action on what matters most. 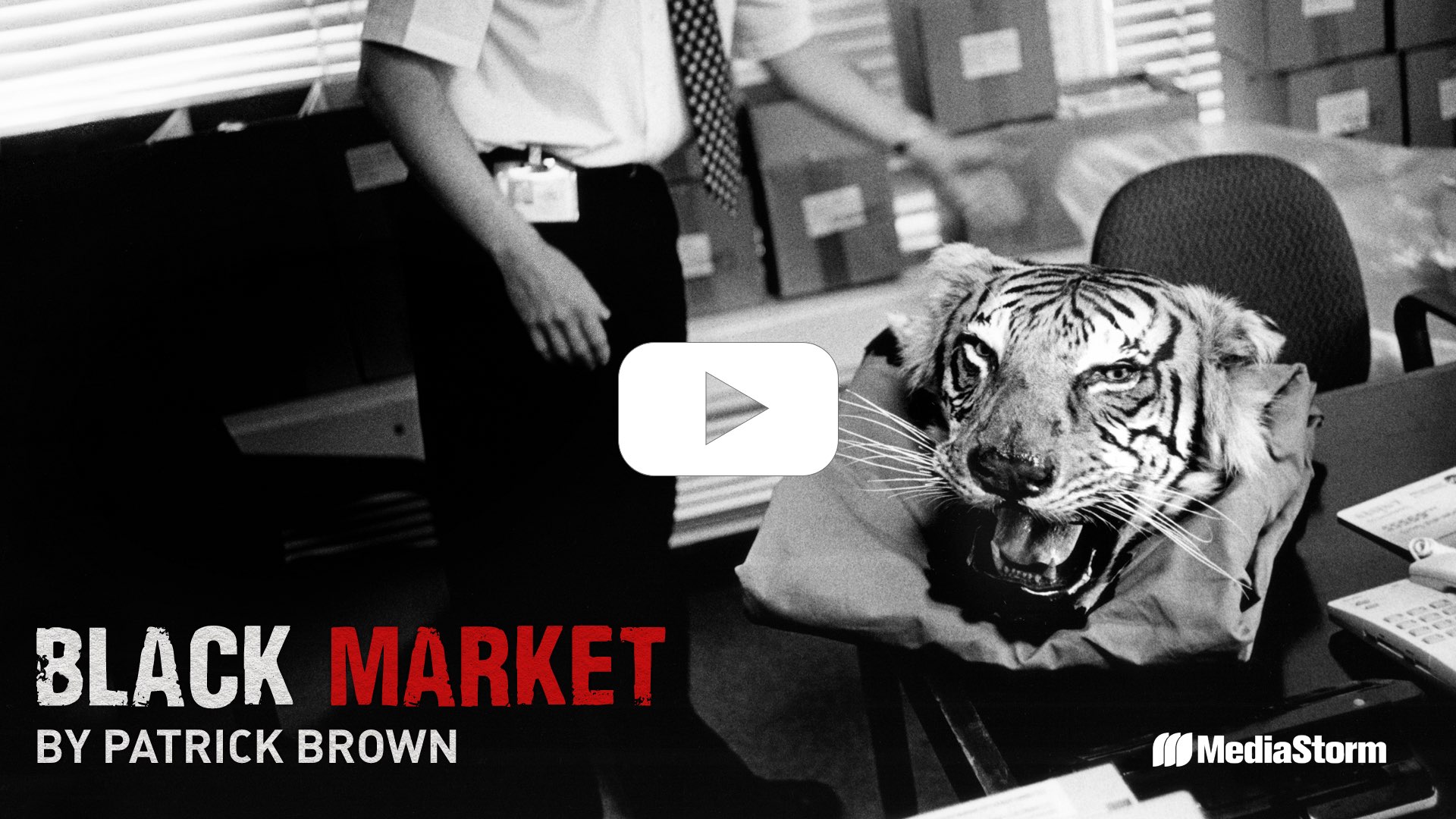 Every year, some 30,000 primates, two-to-five million birds, and ten million reptile skins enter the Asian wild animal market, the third-largest illegal smuggling operation in the world.
‍
Photojournalist Patrick Brown goes deep inside this vast, dangerous world. He risks his own personal safety to take us on a fascinating — and stomach-turning — journey through the lives of myth-bound Chinese villagers, the status-seeking nouveau riche, third-generation smugglers, and corrupt officials that make this market possible.
‍
In cultures where tiger skins, rhino horns, and bear bile are imbued with mythical properties, these wild animal parts are bought and paid for at astonishingly high prices. In Black Market, we come to understand that the price for these rarities may be the very survival of endangered species world-wide, as well as the ecological stability of the planet. 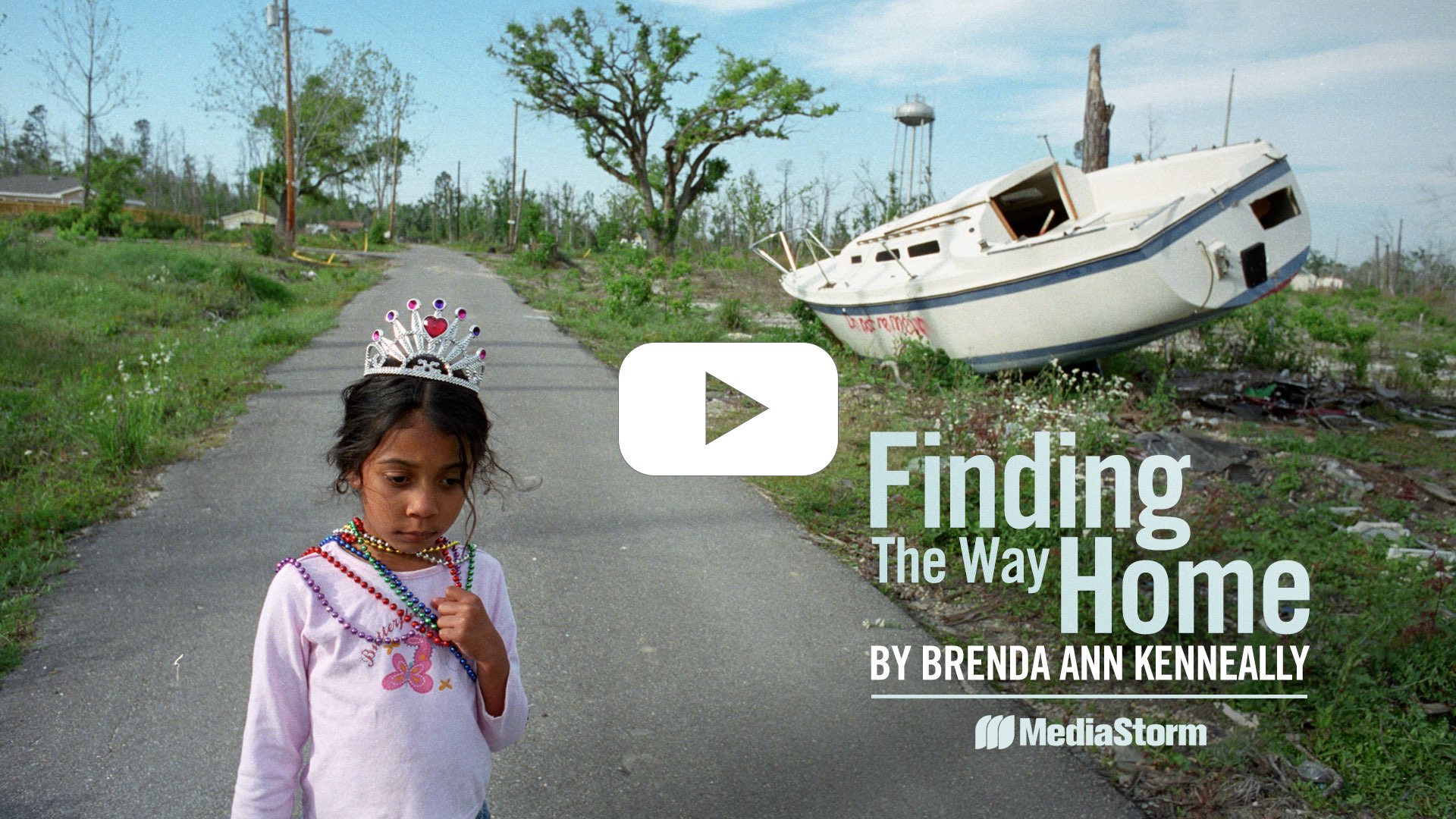 In 2005, Hurricane Katrina displaced hundreds of thousands of people in the costliest — and one of the deadliest — natural disasters ever to hit the United States. Of the one million homes that were destroyed, over 70 per cent belonged to the poor.
‍
Two years later, some 86,000 displaced families are still living in temporary trailers and mobile homes; federal assistance money promised to homeowners has yet to be distributed. In New Orleans alone, over 77,000 houses have not yet been rebuilt. Houses, jobs, communities — all have been lost.
‍
Photojournalist Brenda Ann Kenneally, originally on assignment for The New York Times Magazine, travels to Louisiana two years after the storm to document the difficult process of returning home. In personal accounts of families' struggles, Kenneally charts the emotional toll of so much loss, and shows what it takes to patch together a new life.

We like good films and we like people who take their time to do things right. Not to mention we love creatives who can blend both right and left brain to not only produce the final product but also produce ingenious ways of delivering the material. We live in a world starved for attention, and sometimes cutting through the noise of hype is daunting, but Storm consistently produces top level work from the world’s best photographers and journalists and continues to amaze us with his MediaStorm platform.

Brian Storm is founder and executive producer of MediaStorm.

Storm serves on the Advisory Board for the W. Eugene Smith Fund, the Alexia Foundation for World Peace, the Stan Kalish Picture Editing Workshop, and Pictures of the Year. He is a frequent speaker on the subject of storytelling.
‍
In addition to MediaStorm’s training efforts , Storm teaches at numerous events each year including The Kalish and a multimedia course for the Master of Arts in Earth Systems, Environmental Communication Program at Stanford University.

Born in Minnesota, he has endured the family curse of being a lifelong fan of the Minnesota Vikings. He lives in northern California's Santa Cruz Mountains with his wife Elodie and their children Eva and Jasper. He can be reached via brian@mediastorm.com.
‍
WEBSITE