While many of Michael Lundgren’s landscapes are located in the American Southwest – a formidable location of legend, associated with migration and the undeniable respite from the overbearing hand of nature – he states that “locale has never been a restrictive consideration… the images are more about a psychic space than a geographic one.” His photographs represent desert lands, places defined in human terms by its inhospitable nature noted in chronicles of travelers meandering across the natural, geographical, and political lines searching for a better life or plentiful resources, sometimes in vain. His vision of the land questions the timelessness of a seemingly unchanging landscape. His photographs are not descriptive of a specific place: he questions our ideas of time and space. Geomancy, the work and book of the same name published by UK-based Stanley/Barker, features images from ancient lands, not unlike much of his earlier work, and includes scenes from the Southwest and the Mexican Peninsula to the Yucatán and Lebanon. This project evolves into a more sacred exploration of the artificial and natural markings on the land and calls to mind our relationship to time, history and space. 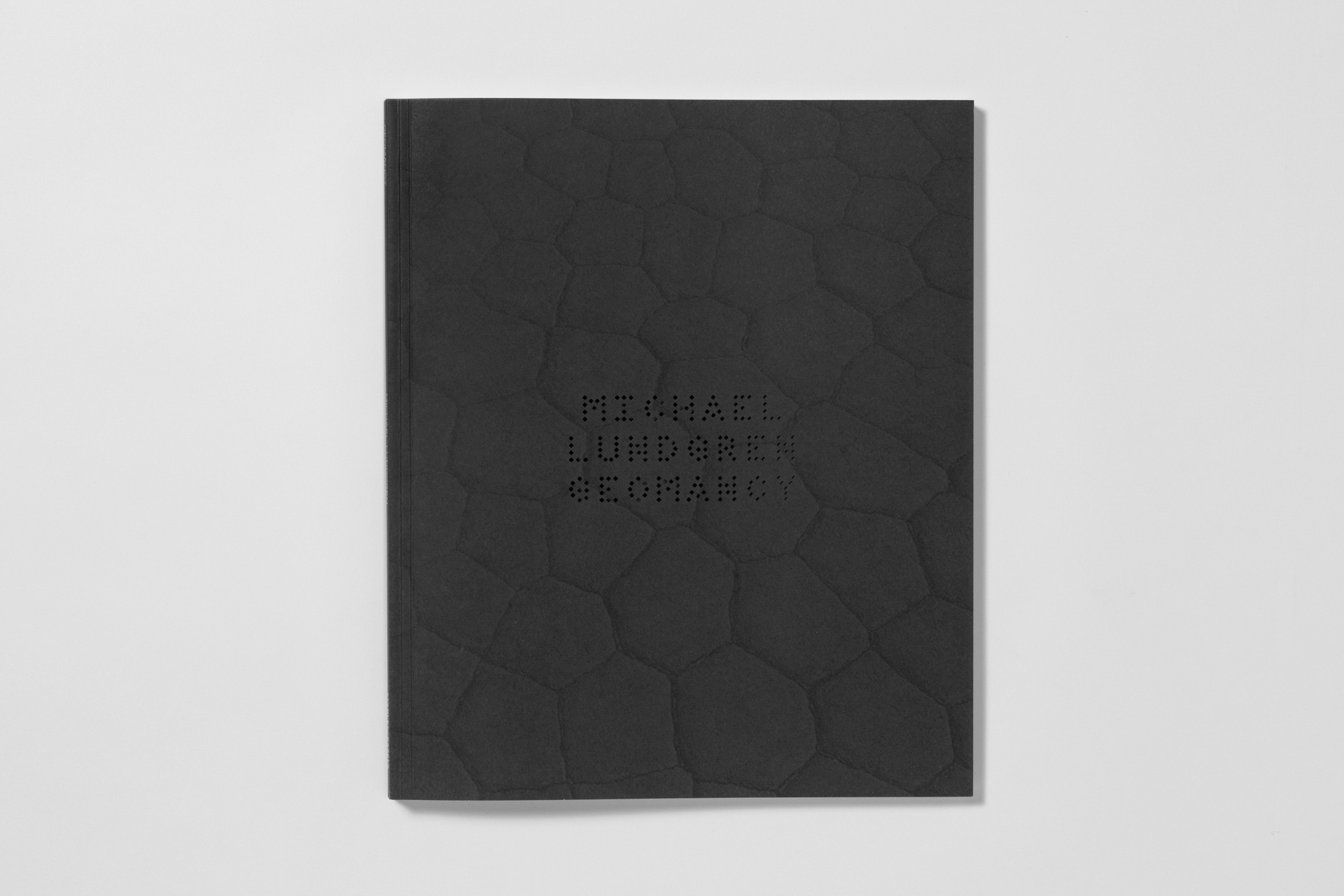 In Geomancy, an allusion to the archaic divining art where Lundgren gets the book’s name, the artist chronicles the effects of the four elements of water, wind, fire, and earth: the forces of the eternal building and rebuilding of the natural world. He shows the human-made marks through characters on upright stone tablets and the remains of a bed of discarded bones. He captures  scenes of day and night and a passing solar time. Yet despite the evidence of change, the desert landscape creates a sense of foreboding, a sense of past, and a sense of eternity in a landscape devoid of forces that often bring about these shifts.
‍
This is where the idea of time plays. There are two basic theories of the understanding of time. There is the past, then the present, then the future in a progressing line. Humans, arguably, are always in a perception of the present. The other theory posits that there is no past, no present, or no future as a specific temporality. They all exist simultaneously. The idea of here in space is equated with now in time and it is all interpreted by our individual perception. Time, history, and the photographic medium are linked by the photographer, or at a minimum the camera or image-capturing mechanism, that must be present to capture an image (There may be a broader discussion of astrophotography and spanning great distances to see what existed many light years ago, but for this discussion we will isolate our perceptions to the Earth’s surface). The artist quotes Hollis Frampton’s essay Incisions in History/Segments of Eternity in the closing statement for the book. Frampton’s ideas fully illustrate many of Lundgren’s images. What is striking and apropos for Lundgren’s work is about the nature of photography and our ability to witness and to form or manifest a concrete reality in our presence. Here the essay’s author speaks about these ideas:
‍
… [H]istoric time retains its credibility only so long as we each abstain from testing its assertions, against our personal experience…. as I watched you through my window, crossing into the park and vanishing among the beech trees, you ceased to breathe, you disintegrated. 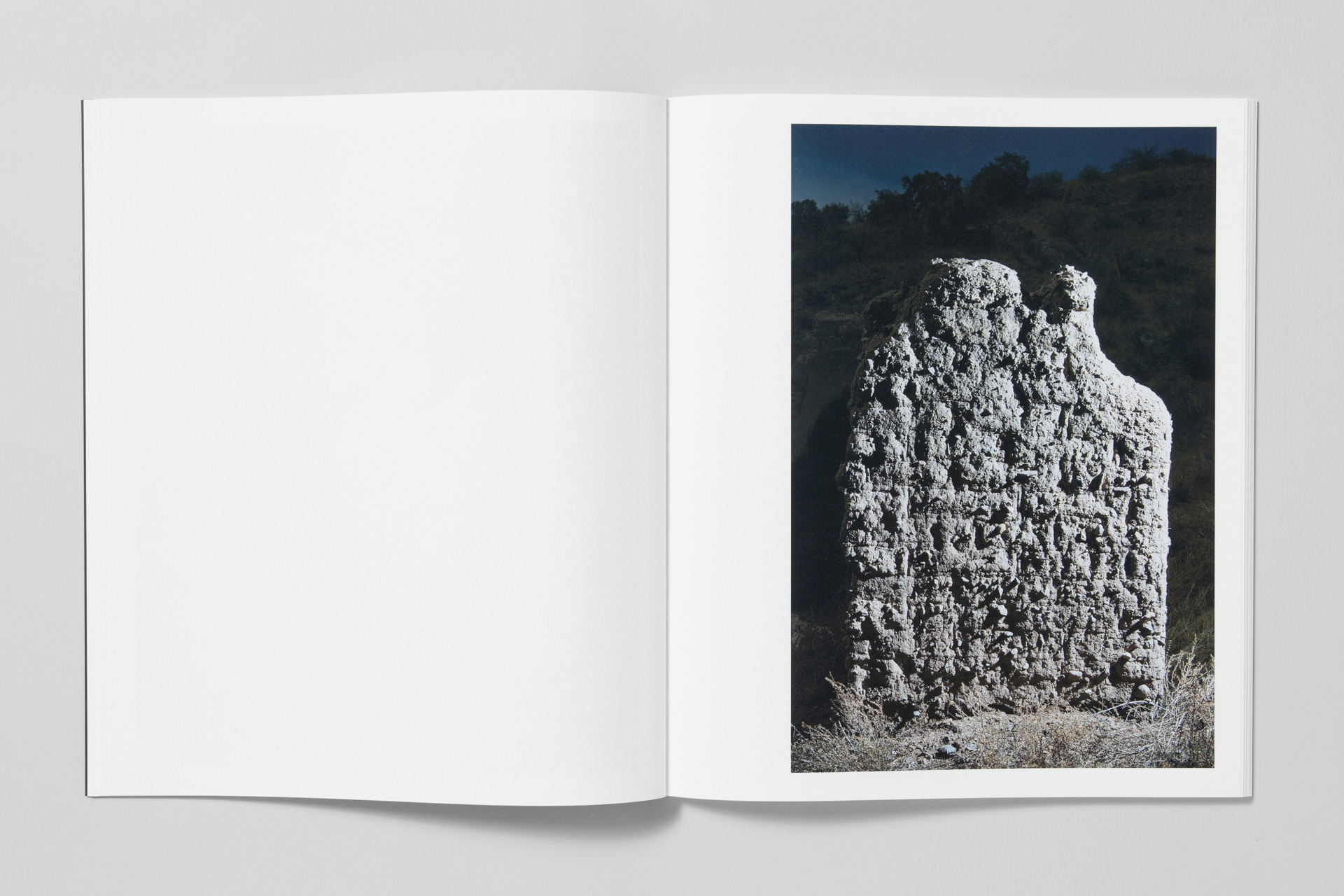 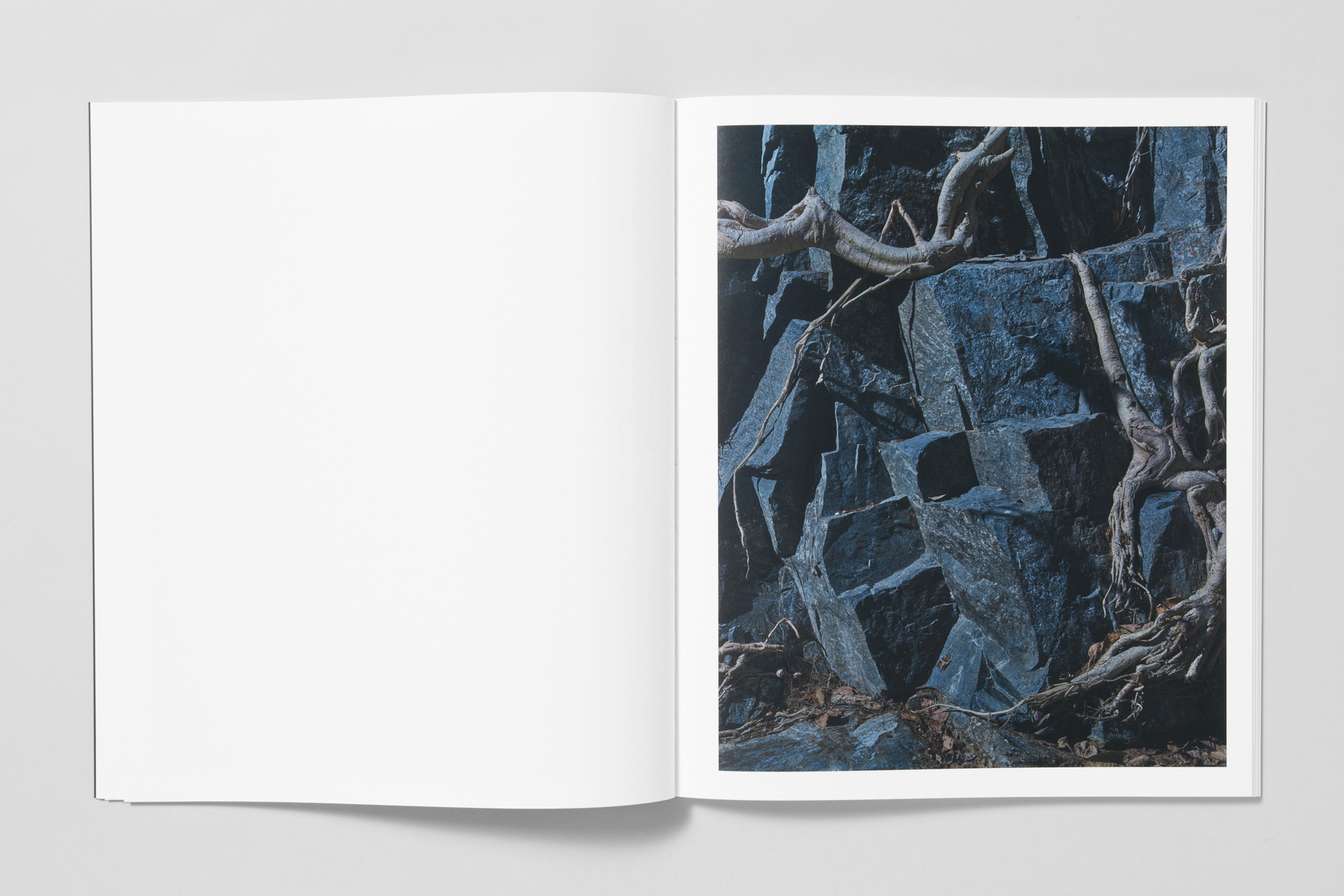 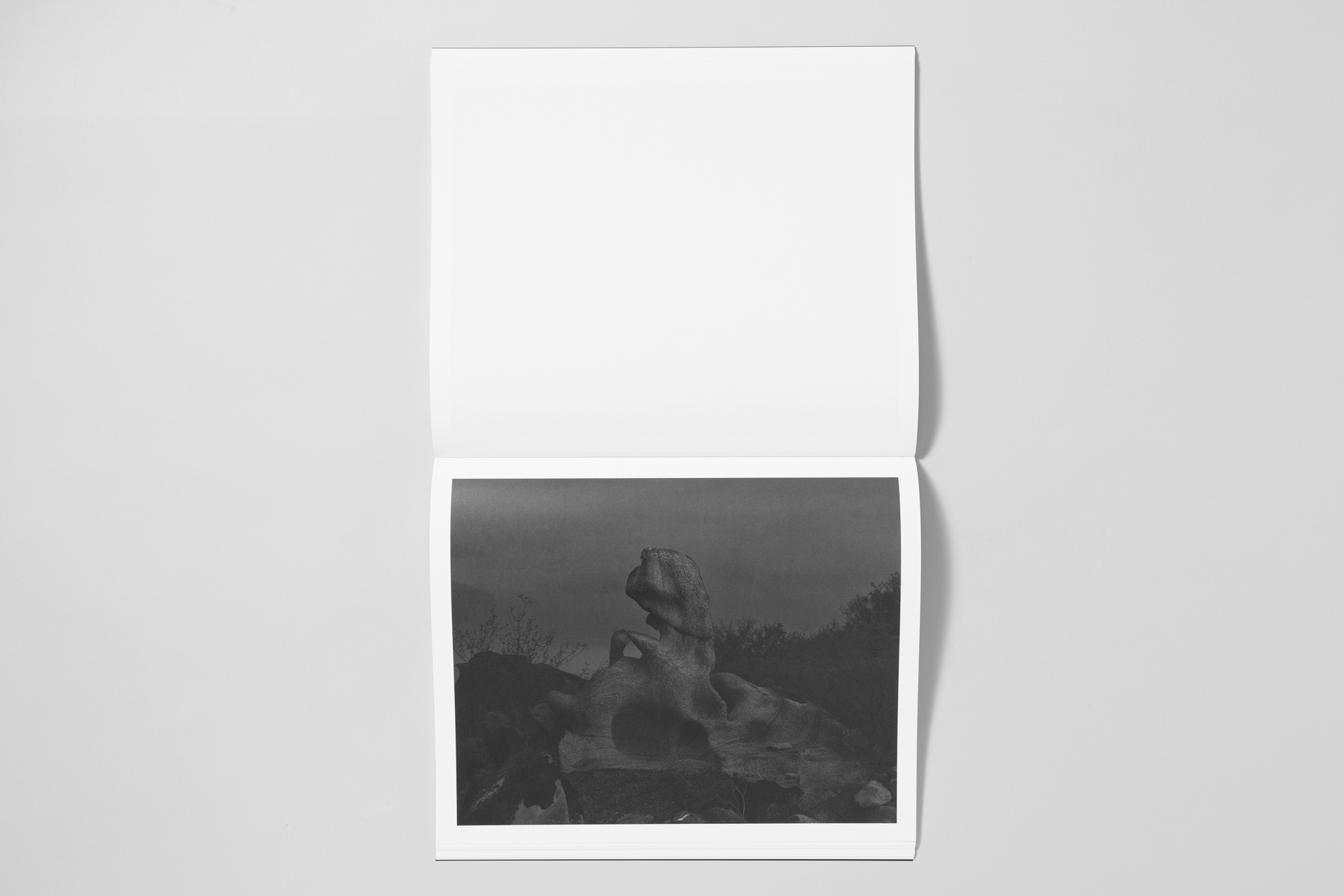 Matter presents in a physical form, a concentration of energy, and thus, our perception and reality. Is all this matter created by the view, the client in geomancy terms, as an extension of the mind, the present, and the ‘here’, and ‘now’? Michael Lundgren captures these images from the ethereal impermanence. As Frampton also states, photographers were not here to capture the beginning of the universe, nor will we be there to capture the end. There is the in-between, which is what we see, what we experience. There is energy that floats in each structure, in each rock, in each grain of dry sand.
‍
There is the transformation of matter and energy from one form to another. Water flows over the rocks, removes the nutrients to the alluvial deposit at the bottom. The sediment is covered with more sediment. Evidence of marine life may hide among its layers, fossils of the Coelophysis and diatoms may appear. A hunter stalked a quadruped and lost the weapon on the ground soon to be covered and reexamined by an anthropologist millennia later. This energy and knowledge of the earth is a center of geomancy, divining through the land using binary language, a yes or a no, , guiding the questioner’s future. The divination art and craft, lost in popularity sometime after the Renaissance and Enlightenment, is a traditional practice that uses characters and earth markings to answer a specific question posed by client/witness to divine the future. Like this craft, Lundgren defines his work through transformation. 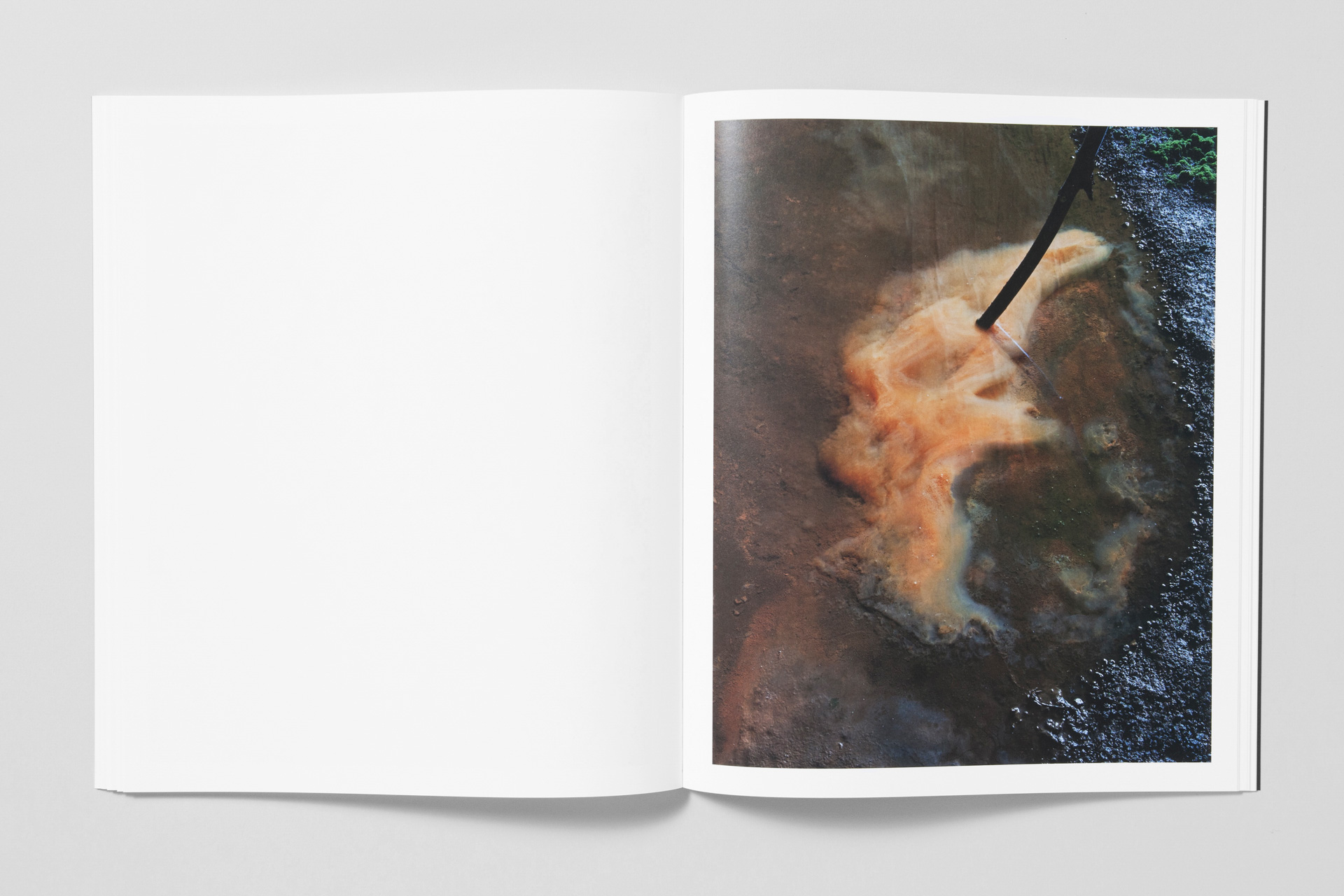 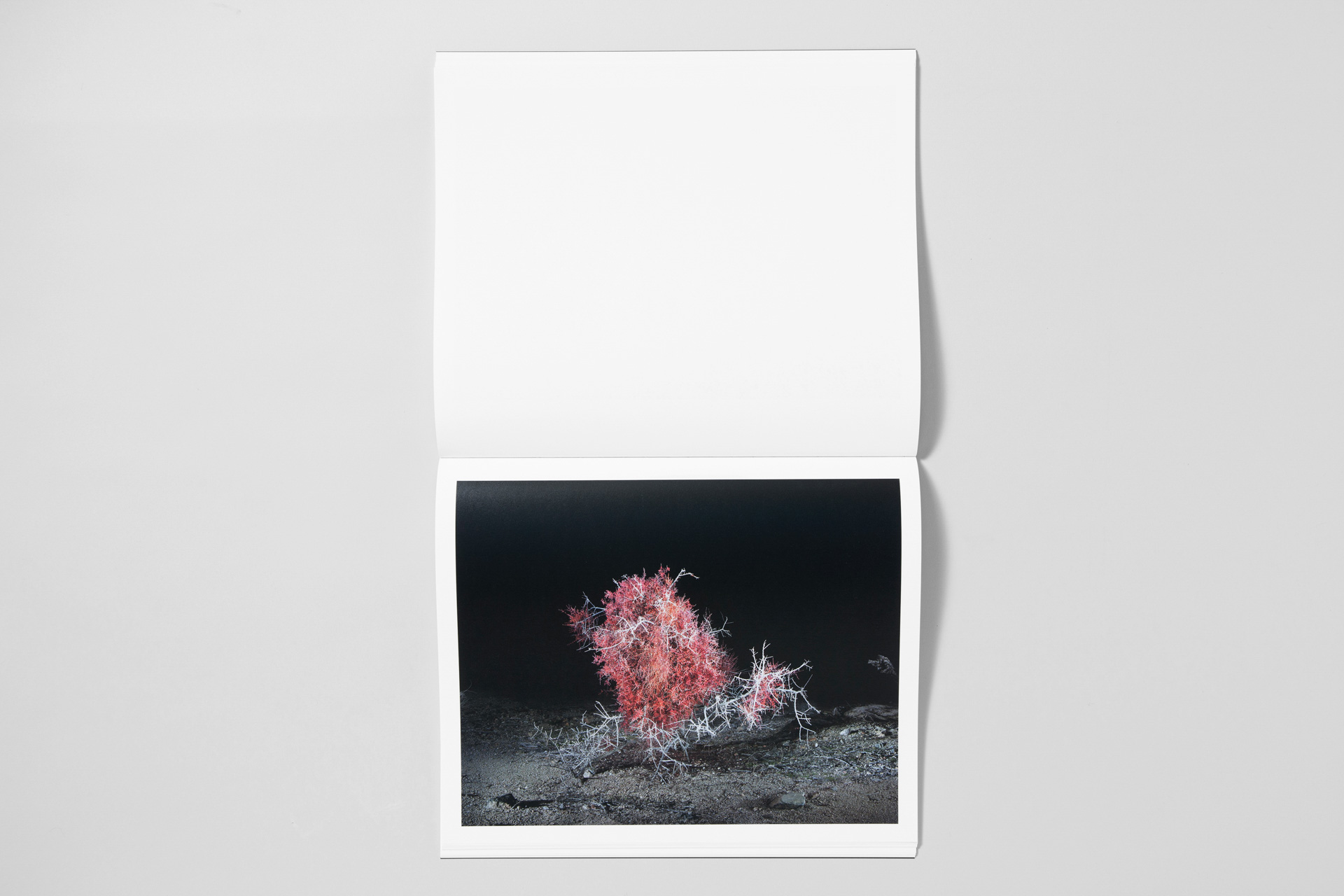 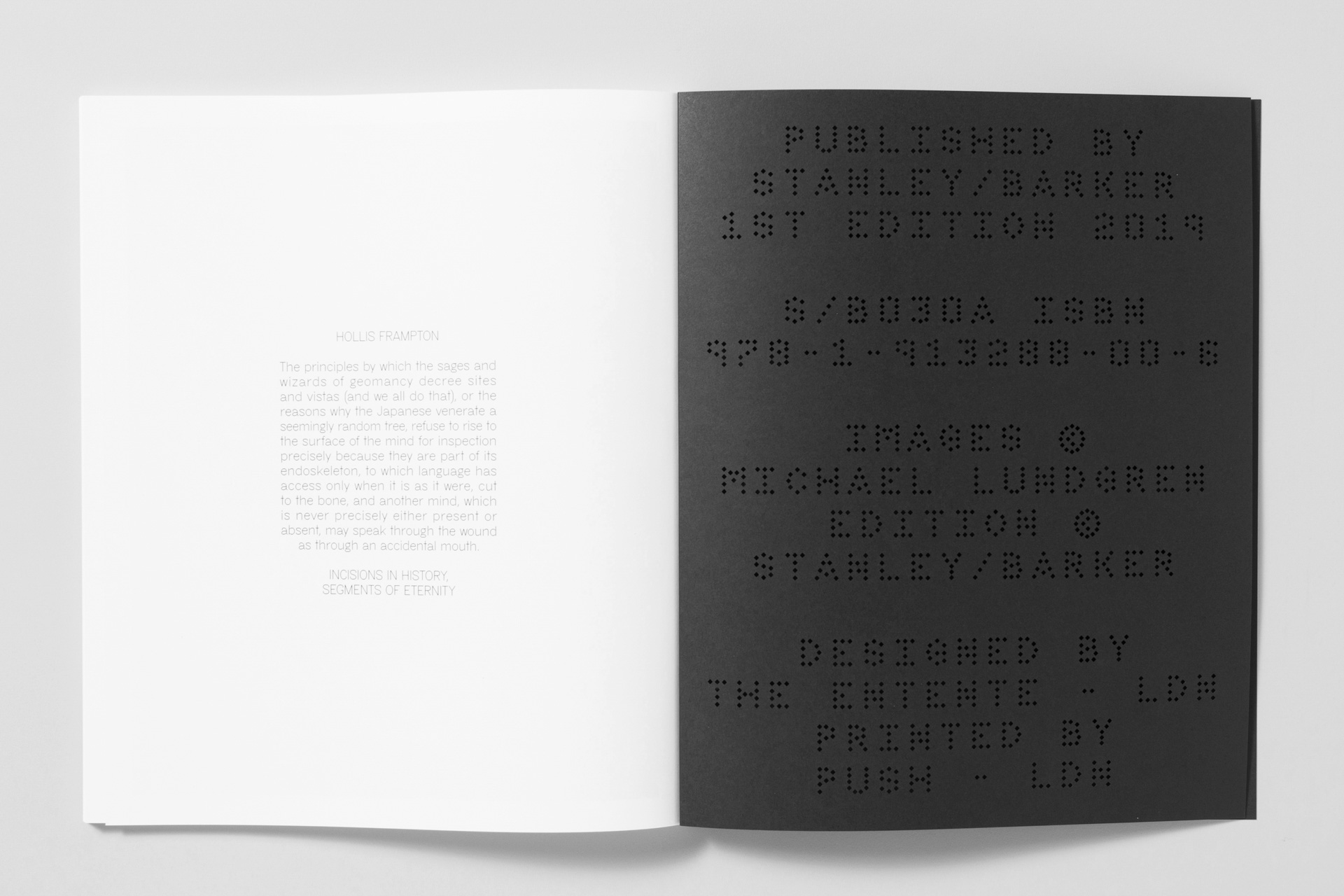 Geomancy deals with time and its associated notions of past, present, and future. Michael Lundgren’s three book series – Transfigurations, Matter, and most recently, Geomancy, (the first two published by Radius Books and the third by Stanley Barker), show a flow through the movement of material and energy. Transfigurations as a term relates to moving from the physical to a spritual state; then, Matter into the physical; and with the newest series, fully evoking ethereal powers to see the future from markings that tell of the seeker’s future. The photographer prompts a discussion of time, the universe, and the question of our perception of reality and idea of permanence. Whether it is physical reality in three dimensions, a fleeting construct of our mind, or something just to the left or right of either, Lundgren is there to capture what and how this land is now.

Sam Block is a mage, priest, and diviner with over a decade of experience and research in the art of geomancy as well as several other forms of occult practices. He manages and writes for the long-running blog on spirituality, religion, and the occult, The Digital Ambler.https://digitalambler.com/

Element: Curation
‍
‍We love photography books. We collect photography books, and Zines. And we love those who dedicate their lives and careers to the understanding and promotion of illustrated books. There is a very specific bond between humans and printed page and storytelling has been part of our DNA since the dawn of fire. Melanie continues this tradition and we find her emails and approach worthy of attention.

Melanie McWhorter does photo consulting, sells photobooks, travels a bit and hangs out with her great kids. Her consulting site is at melaniemcwhorter.com and her bookstore Grenade in a Jar is at grenadeinajar.com.